Samsung Galaxy Tab S8 Mini – Should Samsung Do it?!

There’s a problem with Samsung’s lineup of tablets. They currently sell 10 different models – we have lower end ones like the Tab A7, A7 Lite and A8. And then there’s the entire Tab S line – starting with Tab S6 lite, all the Tab S7 models, and finally, the most current options the Tab S8, the S8+ and the S8 Ultra. But there’s something missing there – a small, powerful and premium tablet – the Tab S8 Mini!.

You see – Samsung covers a good range of tablet sizes, starting with the 8.7” Tab A7 Lite, and going all the way up to the 14.6” Tab S8 Ultra. But they should make a direct competitor to Apple’s super popular iPad Mini 6 – and today, we’re going to design it – so if you have any of your own ideas or changes to this design, let me know in the comments section. If you only looked at size, the A7 Lite footprint is actually great – we’re getting a longer but narrower tablet than the iPad Mini 6 – and that’s something we’re used to with Samsung tablets which have an aspect ratio that’s designed for watching movies and videos.

Now here are a few things that I would change. First, I would update the design, and make it mirror that of the Tab S8, with smaller bezels all the way around, rounded corners, and squared off edges. That’s going to give us a more premium look, and would potentially allow us to make the tablet a bit smaller while maintaining the display size. Next, I would upgrade from 2 speakers to 4 – and I would use the same speakers that come in the Tab S8. That will give us better audio than the iPad Mini 6 – and would offer stereo sound, regardless of whether you’re holding the tablet in portrait or landscape mode. And ultimately, that’s going to mean that you get a better experience when watching movies and when playing games.

Now, this next part – I may get some pushback on – so let me know what you think – but I still want a 3.5mm headphone jack. This is going to be an amazing gaming tablet – when I’m all done with it – and having the option for wired headphones or a headset makes life so much easier.

I play PUBG – probably more than I should – and for the most part, I use wireless headphones – or a gaming headset with a USB-C dongle. But a lot of times my friends and I run into issues, with in-game echo – or depending on the size of your tablet, the dongle may get in the way of how I want to hold the tablet – so having a 3.5mm headphone jack, like on the iPad 9 would be great. It would also be another advantage the Tab S8 Mini would have over the iPad Mini.

Now, let’s get to the display – and this is where I’m not willing to skimp. The Tab A7 Lite has a fine display for a budget tablet – but that’s not what we’re making here – we want a small but premium tablet. This is a tough choice for me – I actually think that the display on the Tab S8 is very good – but of course it’s not the Super AMOLED display we have on the Tab S8+ and the Ultra. Personally, I would be ok with either one – but if we could get a Super AMOLED display – that would be amazing. We would be getting vibrant colors, deeper black and HDR10+ support – and again, this would give it the edge over the iPad Mini 6.

For biometric authentication – I would love to have the on-display fingerprint sensor we have on the Tab S8+ and the Ultra – but if it’s too expensive, and we needed to replace it with the power-button implementation we see on the Tab S8 – that wouldn’t be a deal breaker for me.

Now, battery life is always going to be a challenge, especially with a smaller device. But if you watched my Battery Drain Test of the Tab S8, S8+ and S8 Ultra – you know that Samsung did a fantastic job this year – and in case you haven’t seen it I’ll link to that video at the end of this one.

We’ll have a smaller display to power here, so if Samsung could make this tablet keep up with the rest of the lineup in terms of battery life – that would be amazing.

And part of this will come down to the processor. We can go in a few different directions here, but I don’t want this tablet to be underpowered so that’s where I want the same Snapdragon 8 Gen 1 Chip we have on the other 3 Tab S8 tablets. It’s more powerful and more efficient than the previous processors – so we would be getting a fast and responsive tablet – without any lag – and better battery life. It also means that it’s going to be able to run any games we want to play, from PUBG, to Genshin, Asphalt, and of course any other less-demanding games.

This additional processing power should also allow us to run Dex on this smaller tablet. If you’re not familiar with Dex, it’s a feature that lets you boot your tablet with a desktop-like user interface. You get an actual desktop with icons, folders, a task bar, you can open multiple windows, snap them to half the display and even have floating windows.

It’s something that you get with the other current Tab S tablets, and even with phones like the Z Fold 3 and the S22 ultra. Of course, not every person is going to use this feature, but being able to connect an external display and have a dual display setup could work as a simple – desktop or laptop replacement for some users.
Samsung Galaxy Tab S8 Mini SECOND SCREEN
I also want to be able to run Second Screen – which is a feature that Samsung offers, to let you use your tablet as a wireless – second display with compatible desktops and laptops. I know this is going to be a smaller tablet, but I always want the option for an additional display because it can improve productivity.

The next thing we should get is the same long-term support that Samsung offers with their new tablets – so I want 4 years of OS updates and 5 years of security updates.

As far as ports – I already mentioned a 3.5mm headphone jack – and of course Samsung would be using a USB-C port for charging and accessories. The one accessory that’s missing from the Tab A7 Lite and I would want to add to this new tablet – is an S-Pen.

Not a smaller one like what we have on the S22 Ultra, or even the medium-sized Fold edition that I use with the Z Fold 3 – I want the full sized S Pen that comes with the Tab S8/+ and Ultra – and I want a magnetic strip on the back where it can be stored and charged. I also would want it to be the BlueTooth-enabled S Pen so that I would have access to all the wireless capabilities the larger tablets have.

And like with the other tablets, I would assume that Samsung would include it with the cost of the tablet – so you don’t need to spend additional money to get all the features. This, again, would be something that’s different from the iPad Mini 6 – which is compatible with the $129, 2nd generation Apple Pencil.

As far as the camera system, I’m not going to be super demanding. If you can give me the same system we have on the larger current models – with a 13MP Wide and a 6MP Ultra wide, that’s great – but if this is an area where if you need to save some money – and only go with one camera – that would be fine. As far as the front-facing camera – I would want the 12MP one we’re getting with the Tab S8 and the S8+.

Let me know what you think – but for me, the camera systems on tablets are not a hugely important feature. I mostly use them for scanning documents – because for everything else – I always have my phone with me which has better cameras, and it’s also more comfortable to use. So if I had to prioritize where money is going to be spent – I’d rather have Samsung invest in the display, the speakers, or the battery – than in the camera system. But again, that’s just me – let me know what you think.

Before we get to the price and storage options – let’s talk about one very important feature. I absolutely need this tablet to have a microSD card slot. This is a feature that we have on the higher-end Samsung tablets, and it allows you to – relatively inexpensively – increase the internal storage by up to 1TB.

You can use this storage for files and photos, but you can also transfer apps from the internal storage, and then run them directly off of the microSD card. I’ve done that with a lot of games and other apps, and I haven’t noticed any meaningful difference with performance.

So lets say this tablet was offered with 128GB and 256GB – imagine being able to add another 1TB for about $100. Not only would you be getting so much more storage, but you could also wait to buy it until you actually needed it – which could reduce your initial investment.

But if you had the choice, would you change anything about this design or would you add any features? Let me know.

You know what I always say, buy it nice or buy it twice! Good luck and see you soon. 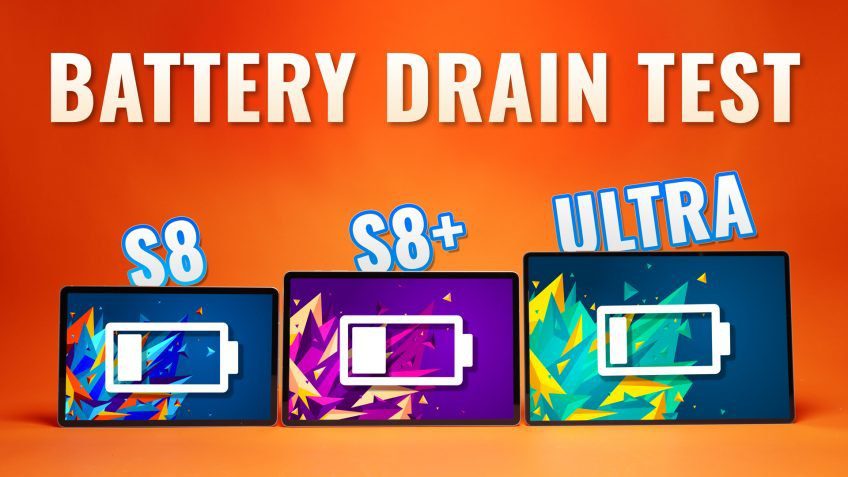