Why Should I buy the Nighthawk X10?

Nighthawk X10 combines both 802.11ac and 802.11ad Wi-Fi technology with a powerful 1.7GHz Quad-Core Processor and Quad-Stream architecture. Together, it offers combined wireless speeds of up to 7.2Gpbs.

The Nighthawk X10 supports MU-MIMO (multi-user, multiple input, multiple output) to allow multiple devices to send and receive (read surf and stream) simultaneously! Now you’re probably saying that you already use multiple devices with your current router so what’s the big deal right? If your router doesn’t implement this technology, and chances are that it doesn’t, it functions in one of 2 ways. It either uses a different antenna for each device (SU) or simply loops through the devices one at a time, delivers some data then moves on to the next and continues to go round and round until all data is served (SU-MIMO).

While those two approaches “work,” the X10 takes the next step. Without going into too many details (I need you awake here) I’ll just say that the MU-MIMO standard allows this new Nighthawk to communicate with each device as if it has a dedicated router. In essence, your network becomes much more efficient even without an increase in the overall bandwidth.

Ok, What’s Under the Hood

Ok fine, that sounds good. Now, dazzle me with some numbers. 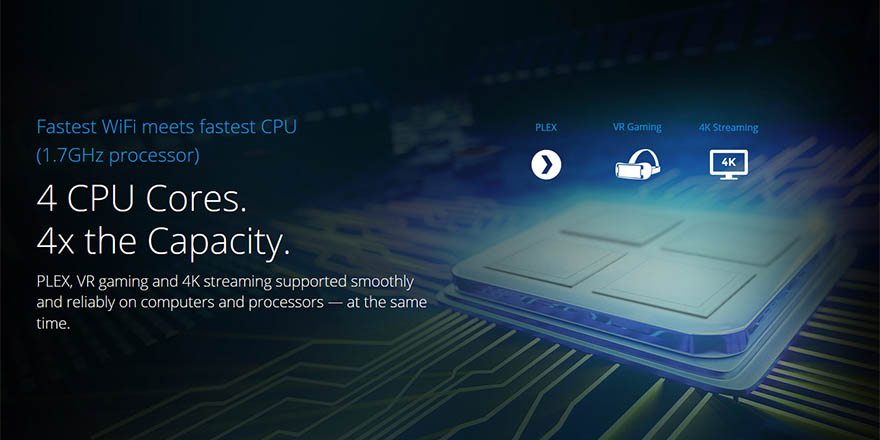 Ok, so no, we didn’t just make up a word there. If you’re not familiar with Plex then this article is a 2-for-1. Plex is a client-server media player system and software suite which aggregates all of your media and allows you to access it from anywhere. At least anywhere you have an Internet connection. 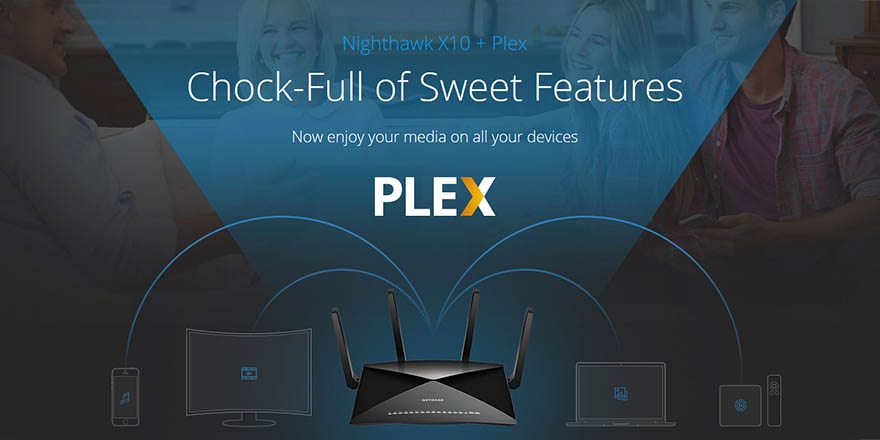 So what does this have to do with the…ohhhhhhhhh. That’s right, since your network is now more efficient, you utilize the 4 CPU cores of the Nighthawk X10 to smoothly stream media to multiple devices.

The Netgear Up app is a quick and easy way to install your new Nighthawk X10. Just grab a mobile device, download the app connect the router and you’re ready to install. Useful information such as your wi-fi passwords are always available on your phone rather than on the chalk board in your kitchen. I mean, hypothetically speaking of course….

The Netgear Nighthawk X10 Smart Wi-Fi Router is packed with features, bells and whistles. If you like to be on the cutting edge and push your bandwidth to the limit you may want to give it a good look. Multi-device streaming, VR Gaming, Amazon Drive Cloud back, and add Plex for a complete personal media server, the X10 probably has everything you want and more. You can currently buy the Netgear Nighthawk X10 for $474.99.

If you’re looking for something to cover a larger area, check out our detailed review of the Netgear Orbi and learn about Mesh!