DJI Announces the Release of the Mavic Air – Pre-Order Now

DJI just announced the released of the all-new drone the Mavic Air. This small DJI drone is super portable and exceeds the boundaries of what have been available until now from a drone this size.

The Mavic Air combines some amazing features found in the Mavic Pro with a size similar to the DJI Spark. The Mavic Air can truly go anywhere you want and combines a foldable design with high-end flight performance and functionality normally only found in larger drones. 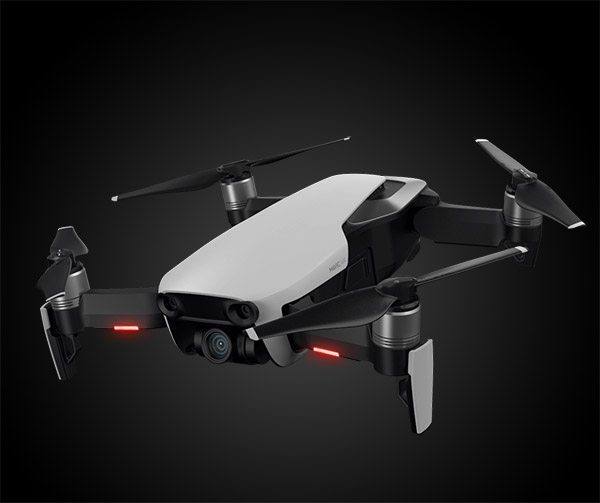 Want to be the first to fly the DJI Mavic Air? Click the link below and then pick your favorite color.

Some feature of the DJI Mavic Air highlights:

Let’s look at the features in more detail. 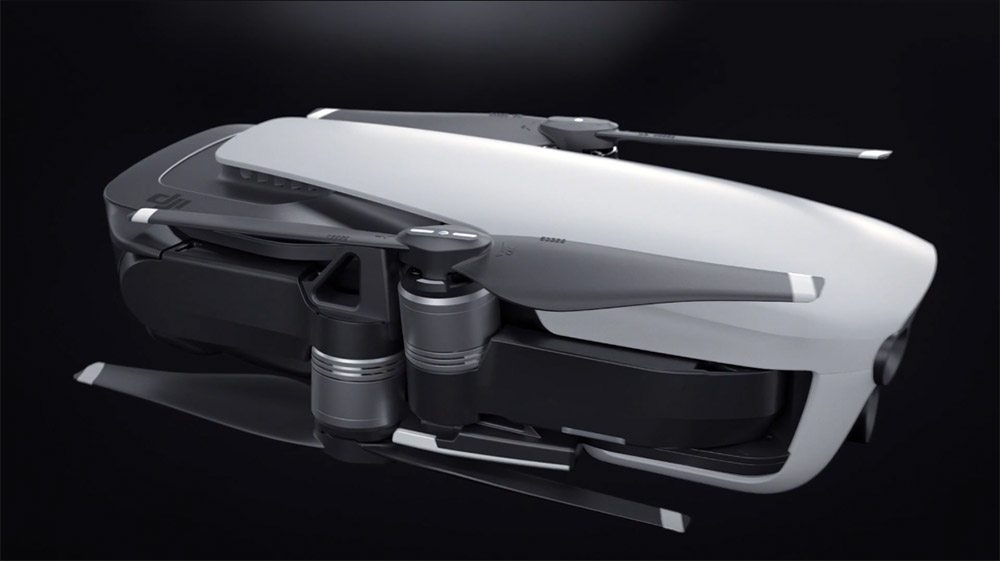 You really have to see the Mavic Air to truly appreciate its clever and efficient design. It really looks like DJI spent the time refining their design and came up with a very polished and elegant mini drone. The result is performance with a reduced form factor; portability and functionality in one. The arms and propellers sit flush against the frame, folding down to the footprint of a cellphone! 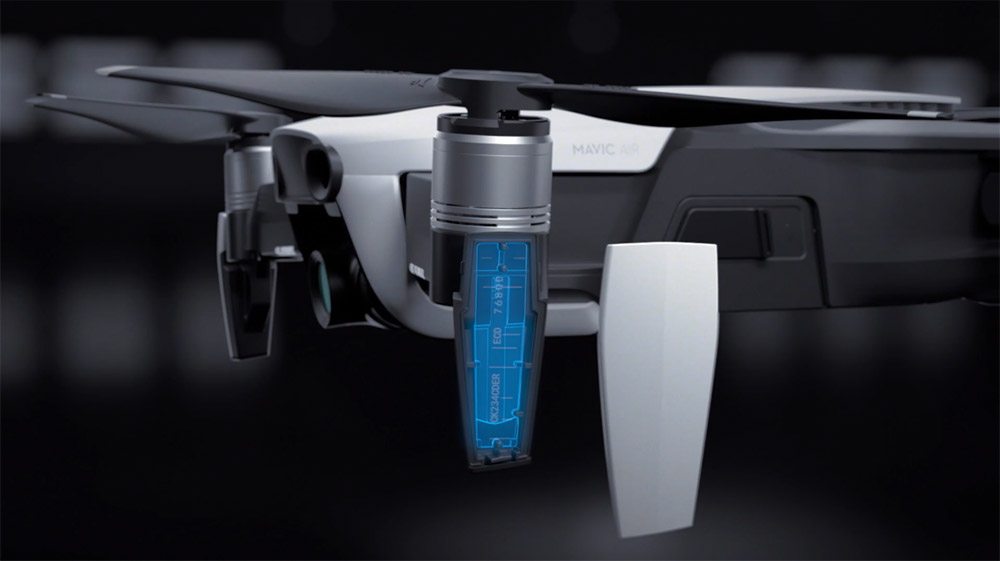 The arms feature foldable landing gears which incorporate built-in omnidirectional antennas. These antennas are intentionally placed away from the frame to provide extended signal coverage for optimal transmission. 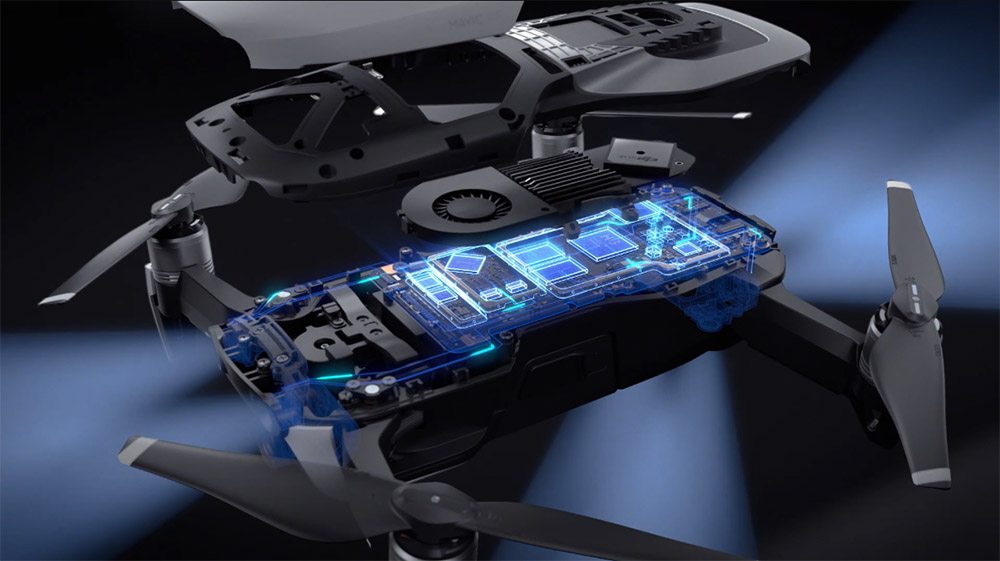 The DJI Mavic Air has 7 onboard cameras, each reinforced by super durable magnesium alloy brackets. These cameras work in tandem to offer a more robust framework for better flight performance. The data from all 7 cameras is processed together and allows the Mavic Air have a better sense of the flight environment and providing superior obstacle avoidance as well as much more accurate real-time positions.

For heat dissipation, air is drawn in from behind the gimbal and then flows through the heat sink, taking with it excess heat which is expelled form vents built on the back.

The new DJI Mavic Air is DJI’s most portable drone to include a 3-axis mechanical gimbal. The Mavic Air’s gimbal comes with its angular vibration range reduced to 0.005° which means your footage and images are going to be nice and crisp. With its triangular formation, the gimbal dampeners help create an even steadier platform which will help greatly reduce movement and vibration caused by drone motors and weather conditions. This is a big leap over what you traditionally see on such small drones. The 3-axis mechanical gimbal is also protected by the chassis, to help reduce the chance of damage during flight and transport.

DJI also developed a new dual-hinge design for the arms, which further reduces vibration and results in smoother flight. 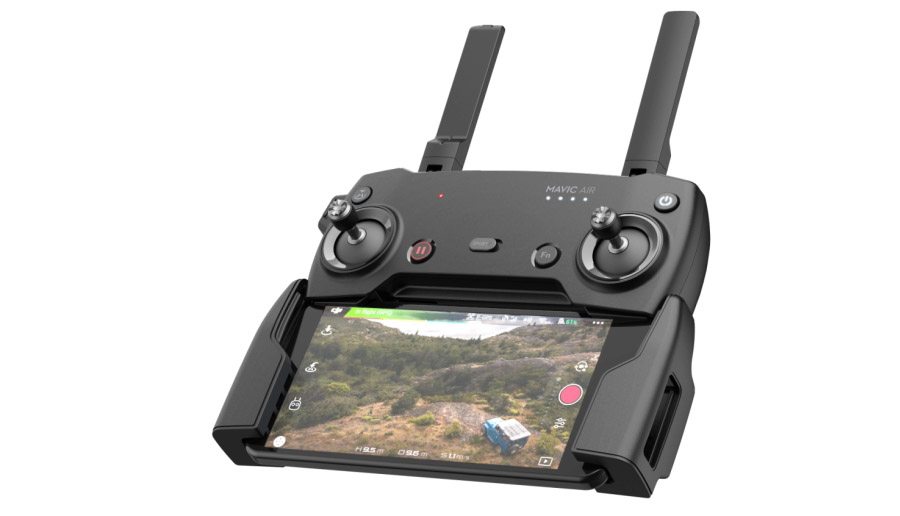 Like the Mavic Pro and Mavic Pro Platinum, the DJI Mavic Air uses a dedicated remote controller featuring a foldable, low-profile, ergonomic design. The Mavic Air’s remote securely holds to hold your smartphone for maximum convenience. A feature I really like is that this remote has detachable control sticks which can be store inside the remote controller itself. This a great feature because the remote folds down to a much smaller size AND there is no chance that the control stick will be damaged while being transported or stored. 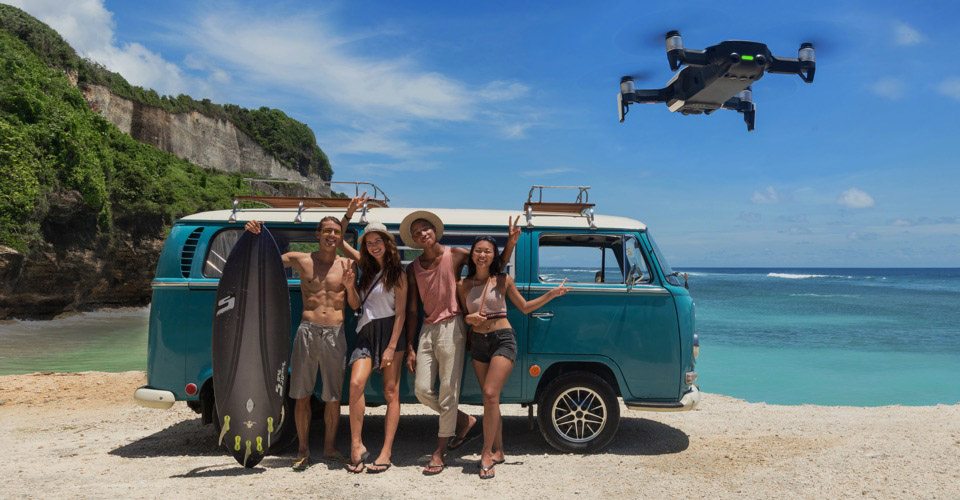 You can also use SmartCapture, which is an interactive way of controlling the Mavic Air by hand. Essentially you launch the Mavic Air, and then control the it with hand gestures.

The Mavic Air uses Intelligent Flight batteries made with high-density lithium to offer a very respectable flight time of up to 21 minutes. This number (21 minutes) was acquired while flying at a constant speed of 25 kph in an area free of wind. Keep that in mind because actual flight time may vary because of flight conditions and the use of various flight modes. 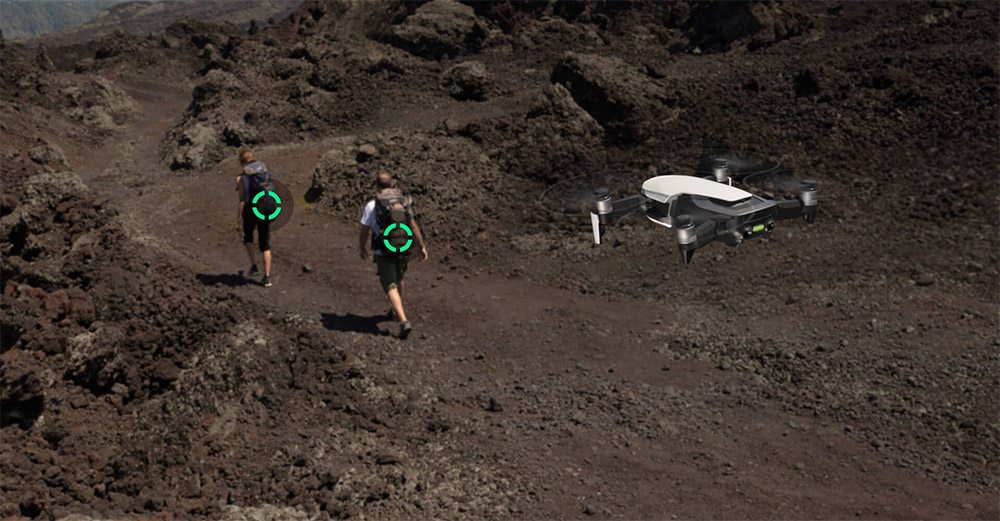 The Mavic Air’s ActiveTrack intelligent flight mode can sense up to 16 selectable subjects simultaneously, including people, cars, and watercraft. This means you can easily choose the right tracking subject. And With this higher tracking precision you can actually use ActiveTrack to follow moving targets when they’re running, jumping, kayaking or cycling. the creative possibilities here are super exciting.

Want more creative shots? Choose from six different QuickShots — Rocket, Dronie, Circle, Helix, Asteroid, and Boomerang. These yield unbelievable results and are all just a tap away. All are just a tap away. Forget all this time spent on figuring out how to compose the shot, just click and go. And of course you can instantly and easily share your videos on social media using the DJI GO 4 app.

As if that’s not enough, if you want to focus on just your shot, without worrying about flying, you can use TapFly in DJI GO 4. This feature allows you to fly the Mavic Air to whatever point you tap on your mobile device screen. You tap, and like a genie, the Mavic Air is at your command. You can use TapFly in Forward, Backward, Free, and Coordinate modes, while still retaining the ability to adjust flight speed.

The DJI Mavic Air uses a combination of Visual Inertial Odometry (VIO) technology and a new positioning algorithm to virtually double it’s precision positioning. The Air uses the primary camera, together with forward, backward and downward dual-vision sensors, a downward infrared sensing system (wait there is more), IMU redundancies, and a group of computing core (try saying all of that fast) to collect environmental and positioning data. This data is analyzed and sent to the processor for precise hovering and improved flight performance.

Next, APAS (or Advanced Pilot Assistance Systems) allow the Mavic Air to actively avoid and bypass obstacles in front and behind, creating a super safe aerial platform.

The Mavic Air is cable of shooting both Horizontal, Vertical, and 180° panoramas which look great! But listen to this, it can actually stitches together 25 photos in eight seconds and then create a super clear 32 MP Sphere panoramas. That’s so cool, I seriously can’t wait to get my hands on one!!!

It’s great and all to have a small drone that can fly around and be stable, but if the image quality is not up to PAR, none of that other stuff matters. The Mavic Air can shoot 4K video at 30 fps while recording at 100 Mbps to capture every second with UHD quality. Now, I can already hear people saying “but what about 4K at 60fps”. SERIOUSLY??? Look at how small this drone is!! Shame on you.

“But I want slow motion” you say? No worries, the Mavic Air has you covered. You can record full HD video, 1080p at 120 fps!! If you play that back at 30 fps you get 4X slow motion video!!! Even at 60 fps output you’re gettin 2X slow-motion video. That is just bananas for a drone this size. 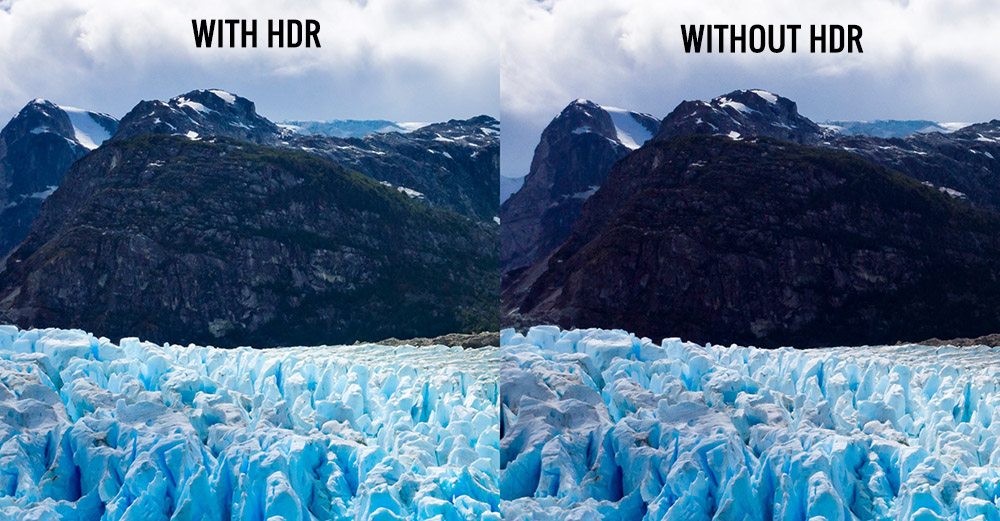 Shooting aerial photos can be challenging due to extreme lighting conditions, and that’s where the DJI Mavic Air’s new HDR algorithms can help you get a better exposure. These new algorithms help help process the image in a way that maintains detail in both overexposed (read: really bright) and underexposed (read: really dark) areas, and create a more natural transition between shadows and highlights. At the same time, DSP (or Digital Signal Processing) acceleration allow the Mavic Air to more efficiently process the images for a better shooting experience.

The Mavic Air’s onboard camera uses a 1/2.3” 12-megapixel CMOS sensor to capture video and photos. Together with a super fast, f/2.8 lens with a 35-mm equivalent (24mm actual, before conversion) focal length to shoot high-quality photos and videos in challenging, lower light situations. As you know, a large aperture like the f/2.8 allows more light into the camera which ultimately helps the sensor capture more detail.

This is a super cool feature. Like all DJI drone, the Mavic Air comes with a Micro SD card slot. But in addition to that, the Mavic Air also has 8 GB of internal storage which lets you store video and photos directly to the drone itself, and then later on transfer them to your computer using the USB 3.0 Type-C port. For those of you who have ever forgotten to bring a memory card (I’m ashamed to say that I’m guilty), this could really save the day. It’s obviously not a ton of space, but with smaller files it can definitely help turn a wasted trip into a fruitful one!